Skip to content
DEADLINE OF SUBMISSION !! • Abstract submission deadline: November 15, 2021
• Acceptance Notification date by November 30, 2021
• Full paper submission deadline: January 10, 2022
• Registration deadline: January 31, 2022
Registration Fees • Professionals: USD 50.00
• Students: USD 30.00
*Students can apply for a partial discount or waiver of their registration fees.
Publications • The abstracts of all presented talks in the conference will be published in an E-book of abstracts.
• All presented full papers will be published in an E-book with an ISBN number (ISBN: 978-1-7778946-0-3) through NSRIC Publication Unit after a rigorous peer-review process. 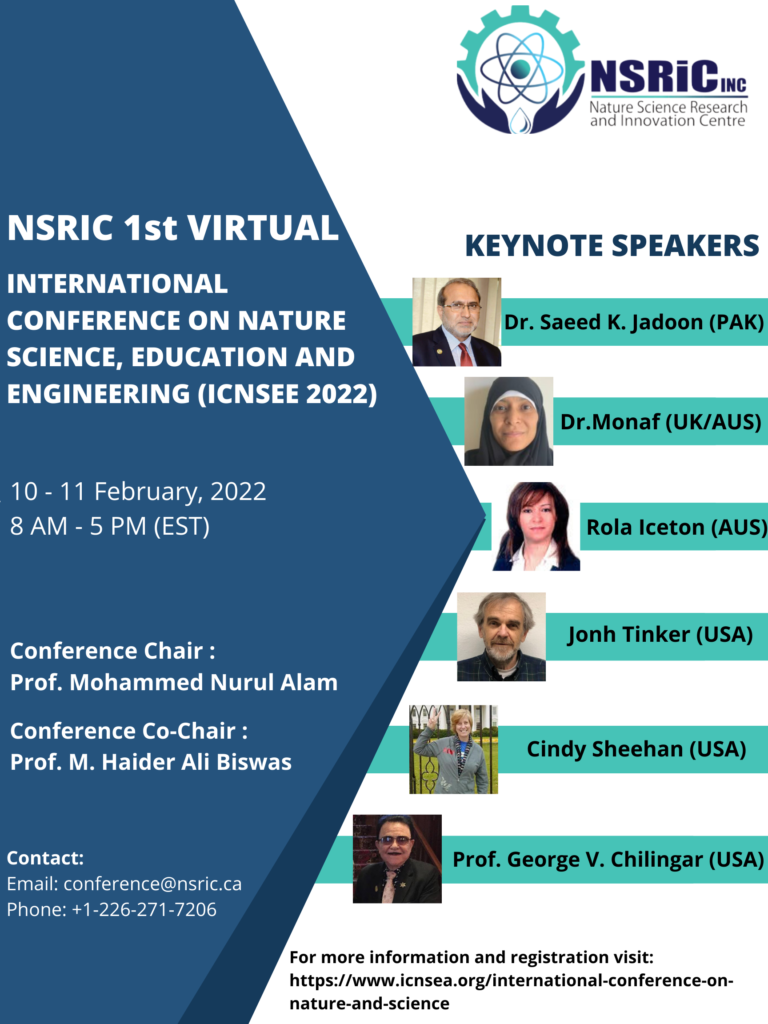 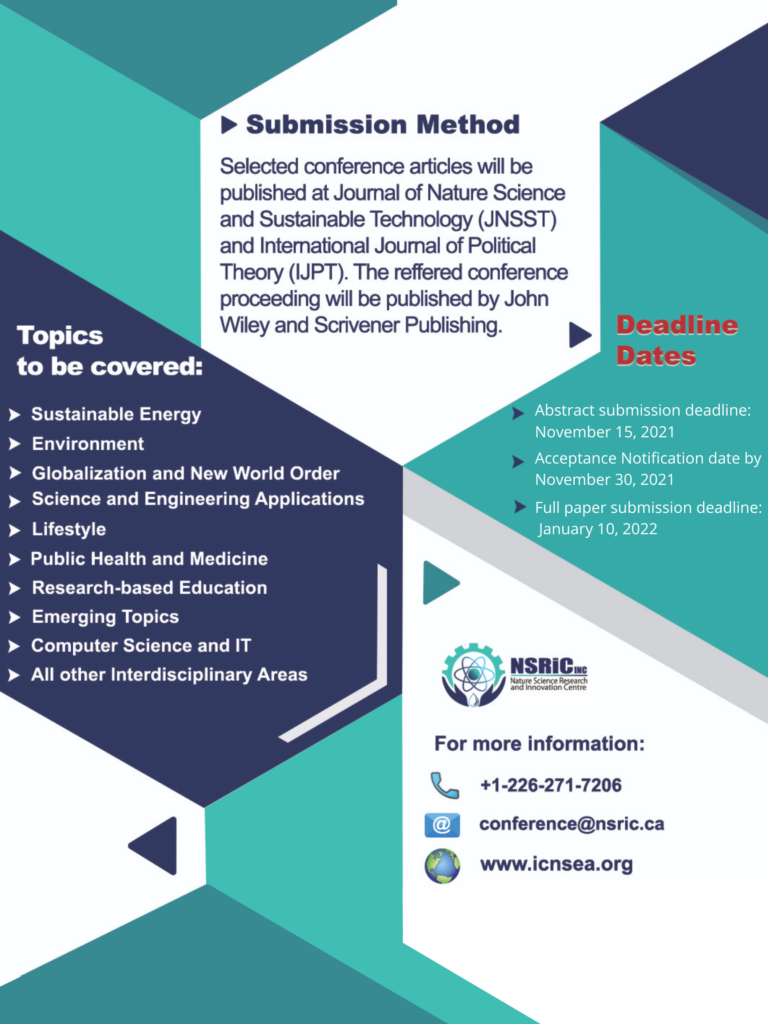 International Conferences on Nature Science and Engineering Applications (ICNSEA) is a conference series (www.icnsea.org), organized by the World Association of Nature Science, Education and Engineering (WANSEE). The association’s official website is www.wansee.org. The conference series is primarily sponsored by NSRIC Inc. (www.nsric.ca), an academic and multifunctional institution, headquartered in London, Ontario, Canada. NSRIC’s main objective is to acquire and disseminate knowledge. Organizing international conferences on globally important topics is an initiative, aimed at implementing the objectives of NSRIC. These conferences are a platform, where we gather educators, researchers, students, and professionals of all disciplines. Annually, the conference series will be held virtually or physically in different strategic locations of the world.

Every ancient prophet and great savant saw knowledge as the recognition of the truth that originates from “The Truth” – a term used to describe the creator by great thinkers as diverse as Plato, the Yellow Emperor, Buddha, all the way up to Islamic scholars of the medieval age. This theory on the origin of truth was perverted by the dogmatic formula of the Roman Catholic Church  that continued during the post-Newton new science era. The very definition of truth devolved from subjective incontrovertible truth to modern quantum era’s truth grounded in subjective perception. Meanwhile, the ‘enlightened’ scholars called themselves secular but followed dogma. Every pivotal definition was changed from its original meaning to mere dogmatic assertions, devoid of logic. Education, which once entailed the ‘bringing forth’ of the learning process, was changed to a series of “training sessions” designed to serve the establishment. Physics changed from ‘science of nature’ to dogmatic ‘science’ of artificial processes. Similarly, chemistry, once understood as Alchemy, was turned into the knowledge of denaturing. Even economics changed from economizing to maximizing profiteering of the controlling elite. If we aspire to make real progress, we must reset the knowledge gathering process to the original paradigm. This is the essence of the nature science approach and is in the core paradigm used in this conference. This is the beginning of truly scientific path of knowledge gathering and dissemination.